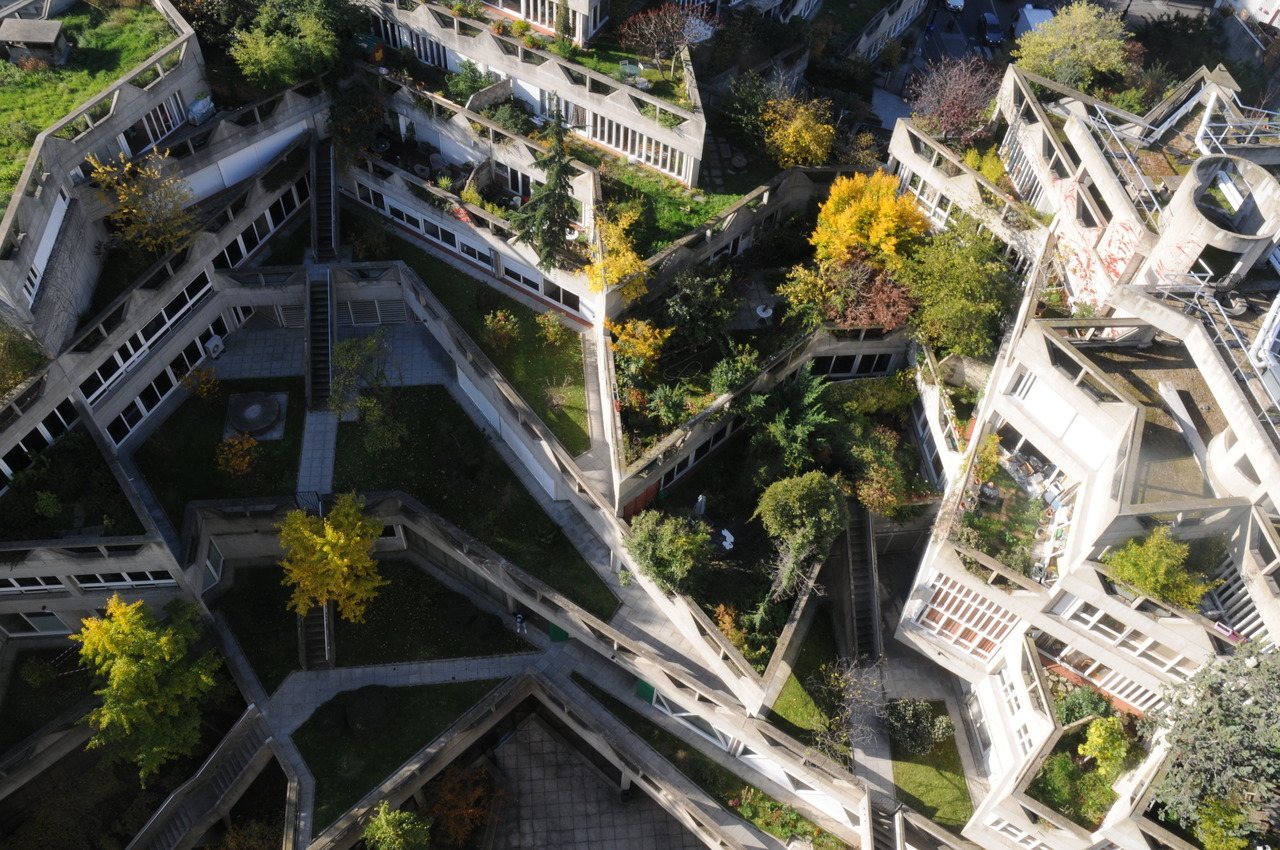 The development of Ivry-sur-Seine occurred not long after the period of the Grands Ensembles, which was intended to house the rural poor who were crowding into the cities after the Second World War. Many thousands of people were housed in dense, high-rise urban blocks; mass-produced housing that employed economy of means and to some extent the principles of mid-twentieth century Modernism. Jean Renaudie, had a very different vision. He felt that architecture must take into account the diversity of human relations and the complexity that is required to make a real urbanism.